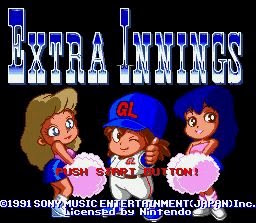 In today’s edition of fun with box scores, I’ll provide the box score which is locked forever in it’s glory over at Baseball Reference. For a long time I could not see an extra inning game. In fact I saw only one from when I started going to ballgames in 1991 until this season and that occured in 2004. I swear it was some kind of curse by the baseball Gods in which they had decided I wasn’t worthy to see extra innings or bonus baseball. A game would be one or two outs from going into extra innings and somehow, the home team would always pull it out. I’ve been to three extra inning games total, and here are the three:

June 15, 2004– The Reds pull it out against the Texas Rangers 5 to 4. Dunn gets a big double off Francisco Cordero, who was throwing absolute gas.

April 20, 2007– The Redlegs win 2-1 over the Philadelphia Phillies on a single by Brandon Phillips in the 10th inning.

May 4, 2007– The Colorado Rockies beat the Cincinnati Reds 6-5 on a game winning single by Garret Atkins.

I’ve always wanted to see an 18 or 20 inning marathon. I’m having my doubts whether that will actually ever happen or not. Leave your memorable extra inning games in which you were present in the comments section.