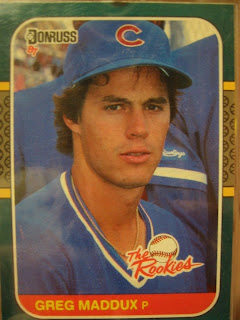 In today’s edition of fun with box scores, I will compile a list of the greatest pitching performances I have seen live at the ball park. I’ve always said I’ve wanted to see a no hitter worse than anything, and by this point in my life I’m having my doubts. Still, here are some performances I have been witness to through the years that were phenomenal.

August 3, 2001-Colon and Jamie Moyer hook up for a 2-1 Mariners win at Jacobs field. Colon K’s 10 and loses on a cheap bunt hit by Ichiro Suzuki.

April 27, 2002– Jose Rijo takes a no-hitter into the 5th inning and mystifies the Giants.

August 7, 2002– The only time I’ve ever seen Roger Clemens pitch. Editor George and I watch Clemens K 8 Kansas City Royals on the way to a big 6-2 win by the Yankees.

May 23, 2004– The late Cory Lidle throws a complete game shutout against the Astros on the day I moved to Cincinnati. I watched the game from the Diamond Seats in GABP.

April 27, 2007– Cole Hamels strikes out 15 Cincinnati Reds as the Philadelphia Phillies win the game 4 to 1.

What big time pitching performances have you seen live at the ballpark? Yours in the comments.