Ahhh…good ol’ Texas.  More like a country than a state.  If there was one state that I would money on to secede, it would be Texas.  (unless we sell Alaska to China for some futures in raw bamboo)  The Rangers spent 2010 and 2011 losing in the World Series, but couldn’t manage to make it back for a third time.  Any many thought they would the way they opened up the 2012 season.  But let’s be honest, they were just heading toward Buffalo Bills territory.

Let’s take a closer look at the Rangers.

The Rangers off-season was mainly defined by what they didn’t do.  They didn’t resign aging but still super star Josh Hamilton – instead letting him go to the rival LA Angels. Then, they were unable to replace him with Justin Upton after rumored trade after rumored trade fell through.  Who really knows how close they were to getting Upton.  But we do know they are a less talented team than they were a year ago. 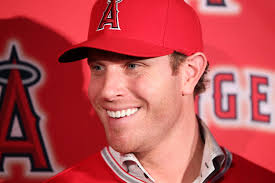 While the Rangers did lose Josh Hamilton, it’s not as if they won’t score runs.  Arlington is one of the best hitters ballparks in the league.  They signed Lance Berkman, who could potentially provide some pop even though he is playing with half a back,  One source of power is at risk of a suspension.  Nelson Cruz has been implicated in the Miami drug scandal, so who knows what will come of that.  If he is out for 50 games, that does not bod well for the Rangers.  Maybe the most promising part of the Rangers lineup isn’t listed above.  They have two potential superstars who don’t quite yet have a spot solidified on the major league roster.  Jurickson Profar is possibly the best prospect in the game and will be a great SS, but he is blocked by Elvis Andrus.  there is some talk of Ian Kinsler moving tot he OF to accomodate Profar, but no definitive plans have emerged.  they also have Mike Olt, who has great upside, but struggled last year in a short stint with the big league club.  He plays 3rd and is blocked by Adrian Beltre.  Too bad the Rangers didn’t have a stud CF prospect to plug in place of Hamilton.  I’d be surprised if the Rangers top their runs scored last year, and I think that will leave them short of a division title again.

The Rangers lineup actually shows some promise.  Yu Darvish could have a Cy Young campaign if he can be more consistent and keep the ball in the zone.  Derek Holland and Matt Harrison are both solid pitchers who could itch above their pay grade any given year.  Martin Perez is another young gun int he Rangers organization who has the chance to be a solid number 2.  They even have Neftali Feliz hanging out after an unsuccessful transition to the starting rotation last year.  He has plenty of talent and could make a run to fill one of the starting slots.

The Rangers don’t have an aura of greatness around them that they had the past few years and it’s possible they missed a window of contention and should do a quick rebuild around Profar and Olt.  I think they have a real shot at getting back the World Series, but a lot of things will have to fall in place.  All I do know is when it heats up in Dallas be ready to see the double digit scores posted on SportsCenter.  If you play fantasy, get a piece of this lineup.