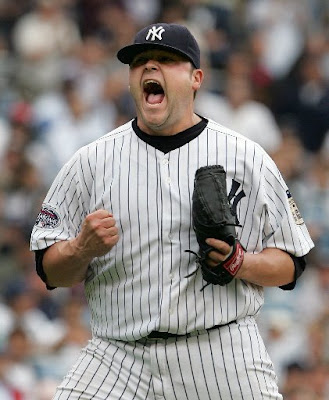 The mighty Yankees enter the season with few concerns and a loaded ballclub. The one question that is being whispered about this ballclub is about their aging lineup. They have a lot of old stars. But they’re fielding great players at virtually every position and one thing about the Yankees is that they’ll go and get what they need, even if it is only for a month that they’ll need that player; they will not stand pat and allow other teams to exploit a weakness. It’s what makes them the team you love to hate.

The newest news is that Derek Jeter will hit shortstop. We have few doubts that he’ll succeed in this role. Jeter gets on base at a frenzied pace. He’ll do that again and probably score a boatload of runs. Johnny Damon will start on most nights in left field and hit second. They have Hideki Matsui to play a little left field and DH as well. Mark Teixeira is the newly acquired stud of the lineup. The first baseman will hit anywhere from 28 to 40 homers and drive in 100 plus. Jorge Posada is the catcher and will hit 5th or 6th. Jorge has become a model of consistency, and a symbol of the Yankees along with Jeter. Xavier Nady was acquired last year and played some of the best baseball of his career in New York. Robinson Cano needs to earn back the Yankee fans’ trust. His .300 average from May onwards last season wasn’t enough. Seems like forever ago that he hit .340 in 2006. Cody Ransom will fill in for Alex Rodriguez until late May, possibly early June. Yankee fans don’t expect much from Ransom, but they didn’t from Cano either. The guy might end up being a pretty good player just from coming up through an organization with great players. A ‘Youkilis effect’ if you will. Brett Gardner has beaten out Melky Cabrera for the starting centerfield job.

The starting rotation is once again loaded. They’ve got a lot of starting pitching. We actually expect A.J. Burnett to out perform C.C. Sabathia, which is saying something because we think Sabathia will be good. Burnett is going to have one of those years where it all comes together for him. He’s got the stuff, he’ll stay healthy finally and be on a good team for the first time in his career.

From there you have Chien-Ming Wang who is an ace on a lot of teams. Andy Pettite returns for what could be one of his final seasons. Joba Chamberlain is one of the headliners for this team. He puts butts in the seats and figures to be a special player for this franchise for a long time. He could be like a Roger Clemens type in terms of stuff. His velocity was down at press time but he’ll find it. Beyond that, he may end up closing some ballgames if something happens to closer Mariano Rivera.

Damaso Marte is a good lefty specialist. Brian Bruney, Edwar Ramirez, and Dan Giese will get some extended innings out of the pen. Righties Jose Veras (who we like a lot) and Jonathan Albaladejo will also be contributors.

Joe Girardi is blessed with a loaded squad. We don’t buy that their lineup is old. We’ve seen older lineups do damage. The smart money is on this team to win it all. If you know baseball, there is no way you can bet against this roster. You just can’t. They have too much in every category to go along with veteran leadership and experience. They’ll be in the playoffs and their pitching in a short series will probably prevail more often then not. Now, if A-Rod can’t return to form all year, that might throw some snags in the line. But then we know they’ll just go and get someone to fill that void.

The Yankees will have a shot at hanging a special banner in that brand new palace they’re set to open. Love them or hate them, they’ll be there like they usually are.