Home / books / Even more excerpts from the Torre/Verducci book

Even more excerpts from the Torre/Verducci book 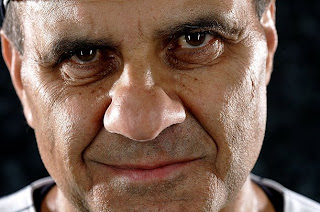 This Joe Torre book co-authored by Tom Verducci is looking more and more like a book that I should check out next time I go loitering at Barnes & Noble. Excerpts continue to creep out as we have tracked down a few of the more interesting takes to sneak preview The Yankee Years for our readers.

Bronx Banter Blog:
-One of my favorite moments in the Verducci/Torre book is about Roger Clemens as he prepared to face the Mets in Game 2 of the 2000 World Serious. Verducci writes that Clemens’ usual pregame preparation included taking a whirlpool bath at the hottest temperature possible. “He’d come out looking like a lobster,” Yankee trainer Steve Donahue told Verducci. Donahue would then rub hot liniment all over Clemens’ body. “Then Donahue would rub the hottest possible liniment on his testicles,” Verducci writes.

“He’d start snorting like a bull,” the trainer said. “That’s when he was ready to pitch.”

NY Times Bats Blog:
-Though he accuses Kevin Brown of “pitching stupid” by taking the ball in Game 7 of the 2004 A.L.C.S. despite an ailing back, Torre expresses more pity than anger at the troubled right-hander. “There were a lot of demons in this guy,” Torre says, and he mentions that after Brown allowed six runs in the first inning of this 2005 game, he stormed into the visitors clubhouse at Tropicana Field, curled up on the floor in a corner of a storage area and told Torre, “I’m going to go home.” Torre told Brown that if he did that -– if he quit on his teammates — he would never be welcomed back.

Brown got up, fired his cellphone across the locker room, put his jersey back on and threw four more innings. The authors do not mention it, but Brown won his next four starts, the final four victories of his career.

-Torre has a telling comment about George Steinbrenner’s mental state when recalling a meeting in Tampa, Fla., in September 2007. Steinbrenner’s health had clearly deteriorated, and Torre drew a comparison to “The Godfather”:“It’s not quite the same (as) when Don Corleone was shot and was recovering and was sitting in the garden. At least he was talking to his son in a very lucid way, explaining what was going to happen. I don’t think George had those capabilities.”

-The Yankees should have talked to Tim Raines before signing Carl Pavano. Raines, the former Yankee who was coaching with the White Sox when Pavano signed, had played with Pavano in Montreal. During Pavano’s first Yankees season, Raines told Borzello: “He didn’t want to pitch except for the one year he was pitching for a contract. I’m telling you, he’s not going to pitch for you.”

-To demonstrate a key difference between Derek Jeter and Alex Rodriguez, there is an anecdote about Rodriguez visiting Jeter’s house and flipping on the TV. Rodriguez asked Jeter where he could find the baseball package, and was stunned that Jeter did not subscribe.


Now the Yankees are mulling over their options as far as if their confidentiality clauses have been broken. I have to say, Torre revealing George Steinbrenner to be nothing more then a muttering, stuttering old vegtable right now was pretty shocking to me. I’d say that this pretty much concludes Torre’s exiting act; and would not expect him to ever be invited back to Old Timers day at New Yankee Stadium.