The 'Tex' negotiations would cause anyone to have apathy 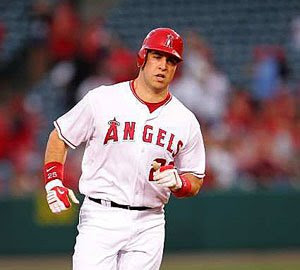 Thomas Boswell of the Washington Post says it best:

Washington fans should enjoy the Hot Stove League. This is the first time in the city’s history that the Nats or Senators have been part of it. When the old Sdenators were in town, there was no free agency yet. (Curt Flood played for them in ’71.)

But don’t have a heart attack every time there is “news.” Because it usually isn’t really “news” at all. It’s the rumor and negotiation game. That’s how, for example, ESPN can report last night that Boston is “close to signing Teixeira,” then have Henry state flatly that the Red Sox are “not a factor” just a couple of hours later.

You know what? Who gives a shit about Mark Teixeira? Guy is a nice big league player but he’ll be 29. I’m sick and tired of everyone fawning over this guy and every other free agent like they’re pursuing a future Hall of Famer simply because they are the best of what is available. Tex symbolizes everything that is wrong with free agency today–and pardon this for sounding like a vent post.

They’re talking $160 million dollar contracts for Tex and every night on ESPN we have to hear that he’s priced himself out of the Red Sox market. Wake me up when I begin to care.

Like I said: he’s a nice big league ballplayer. If he has 8 to 10 more seasons of the big time production he has, we might be talking about Tex in Cooperstown. It’s a long ways off. You’re not signing up for birth rights to a title by getting this guy. This is one time when I’m glad that my team is a small (notice how little the term “small market team” is thrown around nowadays? It’s frowned upon) or even mid-market team. Keep me as far away from the guy as possible.

I don’t see this kind of drooling over Adam Dunn by the media. You know what? It’s more interesting to me that a player like Dunn isn’t drawing any interest then the fact that a guy like Teixeira has the Red Sox flip-flopping every other day. I’m very exhausted when it comes to hearing about the Red Sox pulling out of the Teixeira race. Stop telling me that. It seems like for a week straight we’ve been hearing it. Why is that news? Because the Massholes aren’t going to go out and match the Yankees in overpaying free agents for once?

Instead, we have a team (the Washington Nationals) trying to pretend that they are in the business of pursuing Teixeira. It doesn’t take a fortune teller to see how that is going to end up. Nationals sign Tex to a mega-deal of 8 years and $160 million (that’s Manny money when Manny was in his prime). They field a team of Larry, Curly, and Mo along with Tex in the heart of the order and they’re still a stink team. A year and a half into the deal, they’re looking to trade Tex who is approaching 31 years of age and they can’t find a taker for the albatross deal that resembles Jason Giambi’s. No one will want the guy. Tex retires as his numbers decline, never seeing the end of the poorly written contract.

Now if this guy was 25 and had put up these type of numbers it’s a little bit of a different story. You don’t give a guy this type of deal if you’re the Washington Nationals and you don’t give him this type of deal if you are more then one player away. The deal actually makes more sense to come from the Baltimore Orioles. Why you ask? Teixiera is a Baltimore boy. That team is laughable. They have pretty much no one who will fill the seats. But people will come out for a longer period of time to see Tex play for his hometown team then they will in Washington, where they’ve always failed to draw interest. Also–expect a decline to those big offensive numbers in Washington’s ballpark. Let me repeat: Washington National fans, if you’re excited you need to stop now. This is a disaster in the making.

Just sign somewhere Tex so the media can shut the hell up about you.