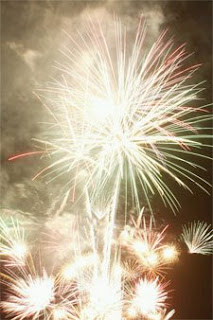 4th of July has always been one of our favorite holidays. Burgers, Beers, Baseball, the summer in full swing, the All-star game on its way, and a perfect excuse to have Budweiser (it’s our country’s birthday!). In honor of The Perfect Day, we’re going to give you a first hand look into our 4th of July festivities. Thank God for being American.

7:00 am– alarm sounds and it’s time to begin our very productive holiday day off.

7:01 am– fuck this. turn off alarm after realizing how much the dehydration of the night before can paralyze us. I can literally taste the Johnny Walker black label with every breath. I think it’s a good idea to go back to sleep and the headache will be gone when I wake back up.

10:42 am– wake up for real; scratch nutsack. You bet your ass the headache is still there.

10:43 am– head out to living room to see what’s going on. Nothing’s going on except it looks like an atomic bomb went off in my house last night. The scene reminds me of a little analogy.

What a fucking mess. Ah, when in Rome.

10:55 am– walk into room and find something to wear for the day. All my clothes are dirty, and it’s a holiday, there won’t be any laundry done on this day. That’s for non-holidays. Wear the undershirt that is without pit stains and the shorts without mustard on them. For good measure, a polo shirt and some cologne clean up nicely and do what a shower could not.

11:16 am– The roomate gets up. The kid who basically is a roomate but just sleeps on the couch gets up as well. Watch them clean off a bud of weed and have their ‘breakfast’. Watch in amazement as they smoke copious amounts of weed that would make Tommy Chong paranoid.

11:44 am– someone poses the idea of finding a parade to go to. After getting big ideas to attend the parade, we decide its easier just to sit on our ass and talk about one for a while. Nothing gets accomplished.

12:01 pm– Baseball Tonight is on with their afternoon roundtable discussing the day’s games on tap. Steve Phillips begins chattering like a fucking magpie and John Kruk isn’t much better. Kruk feeds us some bullshit about how he always got up more for 4th of July games, and how these games matter most.

12:05 pm– Turn off Baseball Tonight. Wonder why we even fucking bothered.

12:39 pm– It’s lunch time and the freezer is opened. A burger grilled in A1 sauce sounds good, but oh no! What’s that? It appears that a monster late last night came into the freezer and ate every fucking one of the sirloins that I bought at the store! No wonder it smelled like fucking Burger King at my place this morning! Who would do such a thing?

12:40 pm– I don’t want to drink and drive, not that I think I’d be at risk to anyone or myself, but because I am drinking; it is required I do as little as possible. Lunch can wait… I’ll enjoy some delicious thumb flesh instead. It doesn’t matter, I didn’t want those burgers anyway.

12:41 pm– talk myself out of kicking roomate out on the streets. Have imaginary conversation in my head, reminding myself that he isn’t a prick. Afterall, someone else could have stolen those sirloin burgers. Plus he’s really useful around the house. Ignore the empty beer bottles all over coffee table. Remind myself it’s a holiday and I should be nice.

1:15 pm– Turn on Giants/Reds game. Before he even records an out, Reds starter Matt Belisle has allowed back to back to back homeruns, sandwiched in 2 walks, and then a double. When he allows a 2-run single to Giants pitcher Matt Cain, making the score 7 to 0 Giants, I throw the remote and start saying fuck as many times as possible. I just try and remind myself that at least the Indians are good, and they’re on in the game of the day on ESPN later! Yeah, things aren’t so bad. I go outside to play some cornhole.

1:31 pm- The sunlight is bothering me. Booze and sunlight is bad. The distant cousin of them is sweat, and then another different cousin from the other side of the little family, Marlboro Lights make their way to the party. When in Rome. Cigarette lit, I land my beanbag right in the cornhole to finish the game. DAMN it feels good to be an American.

2:36 pm- Head back into the house to grab another beer. The Reds are now down to the Giants 17 to -3 negative three in the 5th inning. Sounds like Belisle had another stellar day. Todd Coffey allows Barry Bonds to hit his second homerun of the day. Barry scowls at all the viewers and families at home watching on their t.v. set.

2:41 pm- Obnoxiously put on Bruce Springsteen’s “Born In the U.S.A.” for the 18th time of the day. Oh yeah, I hit the repeat button as well. Better than listening to the roomies fucking mix tape of Kanye, followed by the Roots, followed up by fucking Jay-Z, and anyone else who’s rapped in the last millenium.

3:44 pm- Giants 28, Reds negative two. Cincinnati suicide squeezes home Juan Castro to cut the deficit to 30. I lie down with us only needing 4 touchdowns and a safety to tie this thing up. Barry Bonds hits #754. Fucknuts.

3:59 pm- Naptime causes me to miss the end of Giants/Reds. Boo fackin’ hoo.

6:46 pm- Wake up. It’s dinner time. It’s also time to start thinking about the fact I have to work, exist, and see my boss tomorrow. Fucking calendar, scheduling 4th of July on a middle of the week good for nothing wednesday. Fuck you. In disgust I grab another beer. They’ll all take it easy on me tomorrow, afterall it’s the day after the 4th, right?

7:00 pm- time for Tribe/Tigers on ESPN! Who’s that calling the game? Joe Morgan! Joe Morgan. Tell the roomate it’s completely fine if he wants to turn on Kanye but just to play that one song that he has made that I like, I think it’s called ‘My Way’.

7:35 pm- Grady Sizemore is flashed titties by a nice girl in the Detroit crowd. Uncle Sam is painted on each tit, but Jon Miller still remarks that it is “a shame”.

8:17 pm- Joe Morgan reminds us that, ‘no matter where we’ll see fireworks tonight, no fireworks or 4th of July is better than that of the 4th of Julys in Philadelphia.’ Blow me Joe, eat a sandwich consisting of fiber and pube hairs would you?

9:30 pm- Grab your sparklers kids! It’s time for the fireworks! Roomate’s idiot friend is so drunk that he sticks his dick in the apple pie that we bought for our cookout. With no burgers and no pie that hasn’t had a cock worm in it, we head north of town for the fireworks display.

9:33 pm- as soon as we get on the interstate, rain starts pouring as it does every 4th of July, just before the fireworks show. This is fucking terrific. Meanwhile, roomate begins rolling his hemp-like hair and smoking it on the way. As a nice gesture, he blows his puff the other way, instead of directly in my chauffering face.

10:43 pm- The fireworks are about to begin. Some little kid just hit me with a fucking water balloon, and his friend clocked me with one right in the nutsack right after. I hold off killing them both because a). they appear to be of carney nature-small hands, and smelling of cabbage, and b). this is like their christmas. I press on and wait for the show to start.

11:13 pm- Fiance calls. I must find somewhere quiet to talk, at the beginning of the grand finale. If she isn’t able to hear me, and I’m not able to hear her, it’s not acceptable. I’m told I’m rude. Just as I make it back to my truck and climb in to talk to her, I am hung up on. I exit the truck and run back to the fireworks to see the finale.

11:21 pm- It’s still going, there it is! The grand finale ends with drunken friend tackling me and seperating a vertebrate in my back. I can feel it. This is going to be permanently damaged.

Happy 4th of July everybody. Have a safe and happy holiday from Diamond Hoggers!