Home / Week in review / The Week in Review

The Week in Review 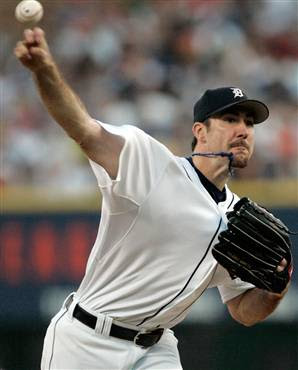 Justin Verlander no hits the Brewers, which was not his only test
Verlander threw the first Tigers no-no since Jack Morris accomplished the feat at Old Comiskey Park back in 1984. Verlander had a career high 12 strikeouts and hit 102 MPH on the radar gun. Talk about special days to be at the ballpark. In a weird twist, the Tigers star right hander was tested for Steroids the next day. Verlander said he understood it and maybe that is what occurs when you’re hitting 98 in the 9th inning of a no-hitter.

Adam Dunn’s name circulates every where in trade rumors
We have to hope this is just a media filled, speculation driven, bullshit report. The Godfather of Diamond Hoggers, how could he ever play in any city but Cincinnati where we’ve grown up watching him pack lips, launch parabolas into the seats, and strike out at alarming rates? We start to hear the rumors so much we start to believe it. Then we have dreams he gets traded to the desert in Arizona, to hit 600 career homers there, in purple. The horrible nightmare causes to wake up at 5 in the morning in a cold sweat, a complete panic. To make matters worse, he’s not hitting and fucking our fantasy team in the ass.

Yankess enter the Subway Series on fire
The Yankees have won 9 in a row. Alex Rodriguez has nearly 70 RBI already, is halfway to 50 homeruns, and only a handful from 500. Anyone who thought these big league bullies were dead, well you haven’t been around long enough. You can shoot the Yankees in the heart, but you better shoot them in the head and make sure they’re dead. They’ll keep coming back, and back, and back, until you’re the dead one, ala Chucky.

Week of ups and downs for Ohio baseball teams
Like Civil War buffs that need to get a life, the Tribe and Marlins decided to re-enact the 1997 World Series. There was a different outcome in southbeach this time, as the Indians took the series 2 out of 3. Homer Bailey also started his second career ballgame against the Angels of Los Angeles, of Anaheim, of Orange County. The game marked the first time two Simpson’s family members faced off against eachother. Despite the Reds taking the series opener, they found a way to lose 2 of 3 without fail.

We bring a little New York Metropolitan flavor to the blog
Bottichee, our new editor went huge the other night, slamming his team the Mets and their team of anouncers. Leading the way of dueche-baggery that is the Mets broadcasting corps, is none other than Keith Hernandez. Look at it this way, at least the Mets are a winning team, they still play at Shea, and Keith Hernandez isn’t snorting massive amounts of snow anymore.

Other Carbuncle (in case you missed out, shame on you):
We provided coverage of the Battle of Ohio series pt. II. Barry Bonds highlighted a night full of big league action with homerun #747. We just hope he’s close to the record when we head to the ballpark in early July in Cincinnati. We also wondered, without any response; Do you ever have trouble pissing in crowded areas, ya know like baseball stadium lavoratories?