David Wright has earned himself a nickname

I’m too hungover and sullen for hardcore baseball analysis this morning. I guess it’s just time for being a dipshit in this post. Despite being a dipshit, the post will make some sense.
Pictured above is David Wright, the New York Mets young buck of a third baseman. He’s been around for a few years now, and is the cream of the baseball crop. I picked him to be NL MVP for crying out loud. The guy has made everyone from the media, to fans, to women all over the planet, swoon for him. He really does have some similarities to Derek Jeter.
However, one similarity he does not have, would be a nickname. Wright has no nickname at all, at least not to my knowledge. At least until today.
David Wright has earned himself the nickname “Mannequin” for a couple reasons. 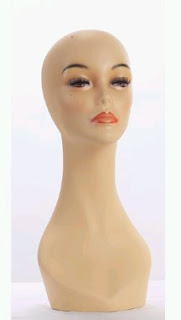 First off, look at that pretty face. Smooth as silk, with fucking no eyelashes, other then the ones that he paints on. I haven’t seen a silky smooth face like that since my last trip to Lazarus. He also has the nicest, albeit metro-sexual clothing that I’ve ever seen on a professional athlete. He’s always dressed to the 9’s and appears to have perfect hygiene.

If you can sit here and tell me right now that you can’t picture D. Wright living in a pair of those gay-as-fuck TEVA sandals when he’s just relaxing around the house, you’re a liar. This guy just lives in those things I bet.

Basically, while thinking D. Wright Mannequin Wright is a hell of a ballplayer, he just strikes me as being queerer than a football bat (which there is nothing wrong with). The Teva’s, the painted on eyelashes, those perfect teeth, that great wardrobe….it’s all just too much for me this morning.

From this day forward, you are Mannequin, David.