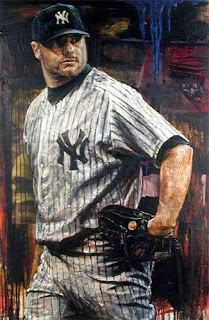 The move, if they get the Clemens that is advertised, should give the Yankees a shot in the arm that could get them to the World Series, like I predicted.

This should be George’s part of the coverage. He’s the Yankee guy, but since he’s AWOL on the blog, well I gotta report it. It would be interesting to get a Yankees fan’s take on how he’ll be received in the Bronx. Rumors have it the contract was drawn up as a pro-rated $28 million from George Steinbrenner.

From the SportsFrog (thanks for help from one of our readers):

They put up on the scoreboard “Roger Clemens is now a Yankee.” And the
crowd went nuts. This occurred right after everyone sang God Bless America
during the 7th inning stretch. And credit Michael Kay for the line, “Now the
Yankees have a fourth starter.”

Camera shots of the players in the dugout showed the entire team,
including Andy Pettitte, celebrating. They all looked surprised. Kay had no
knowledge either.