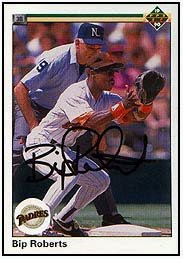 This week is reader submission week at Diamond Hoggers. Here at Diamond Hoggers, we love baseball. We *heart* everything about it: the smell of the grass, the crack of the bat, the crack in Prince Fielder’s ass, etc. But, at the same time, we do realize it’s an incredibly long season (it’s 3 times longer than the NBA playoffs, if that tells you anything). Sometimes, the whole “Angels 7, Devil Rays 3” thing doesn’t do it for you; you, as a fan, need more.

We’ve decided, thusly, to institute a new summer series: Dog Days. We’re going to invite various bloggers to talk about ballpark experiences they’ve had – because we’ve all had a few moments that will live in infamy within a friendly confines – and places they’ve visited, people they’ve met, etc. We figure, over time, it’ll serve as a nice natural pause between all the regular baseball coverage and analysis you can get here. Sometimes, it’ll be relevant – an anecdote about Miller Park before a big three-game series there, or some such – and sometimes it won’t be. But throughout, we think it’ll be fun.

To kick us off, here’s Ted Bauer, primary author of

“A Price Above Bip Roberts,” one of the better young sports blogs out there. Ted will do one of those aforementioned irrelevant posts, discussing a Yankees vs. Twins game from 1998:
Dog Days, indeed. It was May 15, 1998 – a Friday night. The official box score for Yankees vs. Twins will tell you the usual parameters of a late spring / early summer night in the Bronx: 31,000 and change were on hand; the Twins won by a lone run; Eric Milton (HA!) got the victory against Andy Pettite’s loss; Chuck Knobluach led off for the Yanks against the team he broke in with and his less-than-adequate replacement, Denny Hocking; and Paul Molitor was, at this point, very much alive professionally (and batting third for Minny!).

As is, I suppose, the point of this “Dog Days” series, that box score doesn’t tell half the real story of May 15, 1998. Sure, sure – you can get some of that on Wikipedia – Earl “The Goat” Manigault died that day, and it was Peace Officers Memorial Day. Here’s what even the best user-edited online content can’t tell you: four hapless souls – two juniors in HS and two seniors living out their days before the glorious “Pre-College Summer” – boarded a subway on the Upper East Side of Manhattan and rode out to 161st and River for a good ol’ fashioned, inherently American “Friday at the Ballpark.”

Our night – I was one of the juniors at the time – consisted of pretty standard activities, to begin. We had nosebleed seats back way the heck above home plate; by the third inning, we had snuck into the third row over in left field (31,000 my ass). As soon as we arrived, we – underaged all, yet still imbibing – began heckling Marty Cordova. Some of my personal favorites, all delivered with equal parts venom and hilarity by me:

“Hey Cordova – I saw your Rookie of the Year trophy on EBay.”

“Hey Cordova – got any “DAR-YL” style chants that might make you cry?”

“Hey Cordova – do you ever get recognized in the Twin Cities?”

“Hey Cordova – who did you blow in the league office for that trophy?”

You see where it was going. Once – just once, in a sly little gesture – in the bottom of the fifth, Cordova turned around and glared at me. I had gotten through the emotional armor of a professional athlete – cracked it, even – and I had never been happier.

The 7th is when things got interesting. The game was 7-5 Twins, but the front of our order was up. My friend Charles, probably the smartest amongst us but potentially also the most socially awkward, had brought a baseball to the game. I’m not entirely sure why you bring a baseball to a baseball game, but I wasn’t about to question it. In the early innings, right after our move over to left field, he had annoyed some nearby fans by tossing the ball up and down during lulls in action. “You f’n idiot…” I heard more than once, trailing off in a thick, coughing Bronx accent.

In the 7th, with Mike Trombley on the hill for the Twins, Derek Jeter strode to the plate. Two runs down, not a soul on base, and Jeter – one World Series ring already adorning his fingers (’96) and three still to come at this point in his career – just cranked it. Trombley sold it like he was shot; the ball flew out in a hurry, and right to left field. Our left field.

What happened next is at times disputed by those who were in attendance, now that we’re scattered in various educational and professional directions. Essentially, the ball got there so fast, and everyone was so excited – the Yankees, who were 26-8 at the time, were about to get even closer to 30 wins before mid-May – that commotion ensued. In the fray, Charles – remember, he was the intellect – had an idea.

Once the scrum had been resolved, Charles walked up a little deeper into the left field seats, stomping clearly enough to make it known he had come from the lower portion of the section, but also keeping himself mysterious. He saw a family of four and immediately produced the ball he had brought to the game.

“Just caught this,” he said to the father. “Jeets.”

“You want? For your family?”

Was my friend a total asshole? Yes, probably. Almost unquestionably, the more I think about it. The man passed over the two tens and one five, and the ball changed hands.

As Charles walked back down to his adopted seats, he heard a loud “HEY” from behind him. Tensing up, he turned out quietly. “Yes?”

“Why does this ball say Charles on it? I thought you said this was just hit…”

“Yea. In my excitement,” Charles said, almost not missing a beat, “I signed the ball right after I got out of the scrum down there.”

A quick pause. Scanning… and then:

Charles returned to the seats. I think the 25 dollars went towards Yankees merchandise: a pennant, 2 cups, and a photo (of Dave Winfield, I think).

Sometimes, looking back, I think the Yankees lost that game – we couldn’t rally in the 8th or 9th – because of the antics he undertook in those outfield seats. Sometimes, I think Tom Kelly and company just needed another day in the sun. But whenever I see a fan catch a ball and hand it off to a young boy in attendance, I always wonder: is that dude on the level?