I was once a big league star. I’m not here to simply tell you about my glory days as a big league player, look, we all know how that went. I was on the last throwback ballclub in baseball, the 1993 Phillies. I played 10 big league seasons, which was probably about 9 more then I was due. My playing weight was once at 204 pounds. I retired with a career average of exactly .300, 1170 for 3897, do the math poindexter. I had 199 career doubles, and I stole 58 bases. That’s almost 6 times a year that I was fast enough to run 90 fuckin’ feet with a rocket arm behind the plate trying to throw me out. You people have the audacity to sit there, stare me in the eye and call me a fat slob?

I’ll tell you what drove me out of the league early, in hopes that some of these younger players can stay clean and not let it happen to them. It’s something more potent than mixing steroid cocktails, more lethal than drinking every night (although it goes well with it) and more addicting then a prostitute fresh on the streets in Pittsburgh. Eggs benedict. 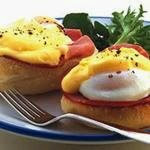 It started my rookie year in San diego and soon after that I couldn’t stay away from the shit. One night I went out with Steve Garvey and Greg Nettles, they gave me shots of tequila; I think it was Petron. Some of the nastiest stuff you can pour down you. I get back to the hotel bar and this little asian woman keeps yelling at me to go back to my room, I’m scaring her, this and that. I was in my underwear but no matter. I sat down at the hotel dining room bar and I pounded my fist on the table.

“Fucking fix somethin’….fix it or I’ll take a shit in your pretty little fountain over there.”

So she rushes over to the phone, calls up the cook, he comes down from his suite there at the Hyatt, and I tell him I just want the best thing he can cook up. He was in a bad mood but he knew he had a job to do and I told him to lay down a sacrifice bunt for the good of the team. That was easily the biggest mistake of my life. I’ve never been in love with a woman before, but right there in that hotel lounge it was paradise by the dashboard lights.

With that first bite of biscuit-egg white/yoak-ham-whipped butter combination, I discovered something that brought me a high; no; an ecstasy that the big league diamonds could not. Like I said, I weighed 204 pounds coming in as a rookie, thats technically muscular on any BMI chart. The next day I went 4 for 4 with a few hits off Doc Gooden. That night again, I returned to the lounge and ordered a double of eggs benedict. It was better than the first time, down right orgasmic to my tongue.

For the next 9 years, about 5 to 6 times a week, I would repeat this routine in any big league city I played in. Every night, I’d eat eggs benedict before bed. It started to catch up with me. I got all the stretches in different places around my body, and over time my body would morph into a tumor with hair-like figure. I didn’t care, another order of eggs benedict, another 3 hit ballgame. I’d wake up in the morning many days with very severe chest pains. My stomach would actually ache each night until I fed this monster below.

Then, I got testicular cancer. The doctor said that it was a good chance that the cancer was caused by all those years of eating unborn and unhatched chicken babies on an english muffin like patty, sometimes I’d have some spicy mayonaise on it if they had it. I was careless, and then I was sick. I knew my career was coming to an end.

My wife ended up leaving me after retirement, but the cravings never sufficed. I continued this abuse, this gluttony of craving and to be honest with you; it got worse. I started having it for breakfast, lunch, and dinner. When I started working for ESPN they even talked about having a weight clause in my contract that said if I ballooned to over 300 pounds, I could be subject to termination.

I started ordering my benedict in the morning in this diner near my home, then I’d drive 45 minutes to another diner and order the same thing just hoping no one would recognize me and by chance say something like: “Daddy I saw that man at the other diner earlier this morning.”

My life became a repeated routine of eat, eat, eat, do a show, nap, scratch my nuts, another eggs benedict, and then another show, and an another eggs benedict before bed. I’ve had food poisoning some 300 times. I’ve vomited in my mouth and kept it down because I didn’t wanna lose the nourishment. I didn’t wanna give up those calories, they were mine and I needed them.

Now here I am, the laughing stock of baseball commentary, all because of a dish of ham and eggs on bread that I cannot quit. Fuck you Eggs benedict. Fuck you.