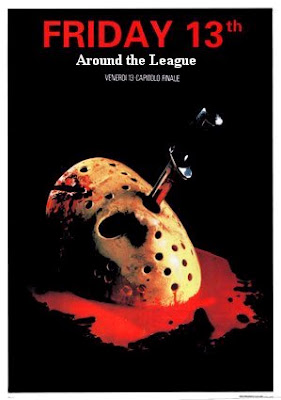 Today is Friday the 13th. Here are a few coincidences or strange occurences that will or could be happening around the league today:

So tell us, what’s in store for baseball on friday the 13th?