Home / Uncategorized / "The Baseball Channels" do the right thing

"The Baseball Channels" do the right thing 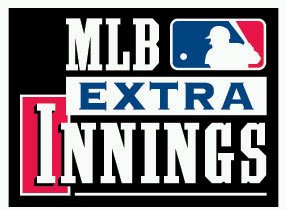 When I lived in Cincinnati a couple summers ago there was only one thing that saved me from being an alcoholic, and a guy who whacked off about 11 times after I got off work at my internship. That thing was known as the “Baseball channels” as I refferred to them, or to the layperson; MLB Extra Innings package. Each night, I’d sit fervently on my ass and assume the position until the action got started around 7 at night. I’d return home from work, go for a quick run, play some Playstation 2 with a dip in (duh), and then I’d switch it over to the Reds or Indians game brought to me by the fine people at the baseball channel.

When I heard that they might be taking this fascinating luxury of wonder away from people like me, even though I cannot enjoy the baseball channels anymore because I do not live at a household that purchases them, I was very upset. I thought back to the long, hot summer nights that I stayed busy watching the Oakland A’s or Texas Rangers on the west coast at 10:00 pm since nothing else was on; well nothing else good ya know. I mean by watching that game, what really was happening was I was not risking getting caught watching some Cinemax. I mean Cinemax at those hours? Come on. Nothing on there but smut, and I knew it. I’d flip through the baseball channels 541, 542, 543, 544, ahhhh yes! Oakland and Toronto! Not my favorites, but better than having to beat it again, I’m so tired afterall, this will allow me to drift off to sleep…..and I did.

To think that a tree-hugger like John Kerry was at the forefront of this movement is even more astonishing to this redneck than anything else. That’s like telling me that Rosie O’Donnell is leading an anti-queer parade. Oh hey, look, there’s Kramer from Seinfeld hanging out at FUBU! Come on, you can’t try and tell me that Mr. Kerry (who lost to Bush, sorry liberals), is actually a baseball fan? I take that back. I garuntee that fucker likes the Red Sox.

Nevertheless, even though it took the spawn of Barry Bonds Satan himself to do it, MLB Extra Innings, alias “The Baseball Channels” are on cable to stay, errr uh, for 7 more years starting in 2009. Compromises.