Home / Uncategorized / How in the fuck can you grin?

How in the fuck can you grin? 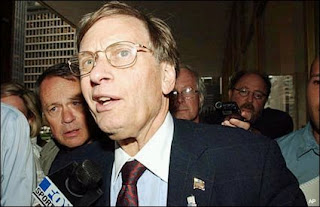 The word is out, the wool is no longer over the eyes of this gambino. The story broke today that Allan Bud Selig went laughing all the way to the bank with your money, my money, hell just mad amounts of money in his pockets, last year alone. I’m sure that there would be plenty of major leaguers who’d be a bit surprised to hear the astonishing figure in which Colonel Selig could claim as his 2005 year end earnings. I thought $100,000 was a decent year. Shit, if they’d had asked me to guess it, I would have guessed it to have been a figure significantly less than some of the average or moderate players in the game today, right? Well, guess again boys and girls. Major League Baseball’s tax return reported that he pulled in nearly $15 million dollars during the 2005 year.

$15 million dollars. That’s like hitting the fucking lottery, you know? I mean I guess I could have seen Selig making in the $1-$2 million range easy, in fact I would have guessed it. You figure he garners that due to the ranking of his position, while in actuality he deserves no more than an overpaid Athletic Director at a Division III school. Then I suppose you realize that he is/was ‘head’ of the biggest business sport in all of the world, our beloved beisbol, and you realize why the jackyl-headed looking fucker is taking home small fortunes every two weeks annually and throwing large sums of it in the bank while guys like you and me struggle to take our women out to a nice sushi dinner. Oh, Selig, in case I haven’t said it yet–fuck off, Larry.

There’s a few great things I ponder when I surrender to the fact that yes, this hypo-geek is worth more than my life. First off, I’d really like to know what he spends it on. I mean I’d love to head to the grocery store with the Selig’s one sunday afternoon and see what ends up in the cart. I remember Sports Illustrated doing a feature on Bud Selig a few years back. I guess he eats a hot dog every day for lunch. A hot dog, and a diet coke to be exact. Now to some that would be kind of odd to hear a multi-millionaire dines on food that feeds frat boys, but to me–I can accept that beause a). I like hot dogs myself, when done right; and 2. he’s a baseball guy and the frankfurter is a delicasy of our sport.

I must say, despite Bud’s well known fetish for horse ass and pig intestine in the form of a dick, he always kind of struck me as a guy who’d eat some weird shit, you know? Yeah, like fish eye balls or bear testicles, I don’t know. When looking at his peculiar face, it always just says to me: “Now there’s a man who knows what it’s like to have bovine liver spread on rye toast. He’s an odd fucker, just give me that.

So you’ve got Mrs. Selig herself, buying all kinds of odd-ball items to head home and cook them up for Bud. While I’m sure a trip to the grocery store would be a fun time to observe Mr. Selig, I can bet that a trip to Wal-Mart would adorn even more laughable goodies. Can’t you just see that four-eyed son of a bitch walking out with an entire stock of HI-LITER’s and fish hooks? He strolls up to the counter, peculiar as fuck, and then when the cashier is ringing up his items that go so well together, he draws a strange look from her face. Then he looks at her like she’s the weird one! That’s the kind of creature we’re dealing with. Raw fish eating, clusterfuck of a man.

The ultimate shopping trip with our former commisioner would have to be a trip to the local sex shop. He’s walking in sweaty palmed, shaky with excitement and perversion. He’s walking out with a sex doll that conviently has holes in her eyes, ears, nose, and mouth. She doesn’t even have a real ‘face’ it’s just a mass of holes for a weird guy like Selig to relieve himself in. In his other hand, he’s got 4 brand new dusty DVD’s of old style porn. “Horse Cocks and Baseball Jocks”, on top of “Brand New Spanking Sodomy”. You know real, well, peculiar stuff.

The other thing I am constantly pondering is the title of this post. How in the fuck could he have ever grinned, taking our money in lump sums like that? What did he ever do that was that important that he walks out with $15 cold million dollars and I get jack shit. You’re telling me that this wizard of weirdness, in all his wizardry, is worth that much more than you and I? I don’t think this guy could order his breakfast at Mcdonalds without fucking up, let alone carry on business conversations and run a billion dollar sport (business). So I ask you Selig, how in the fuck can you grin?