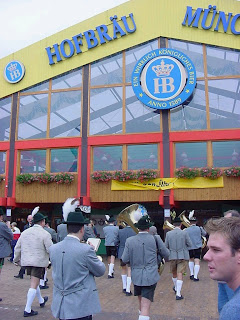 I sit on this friday morning, with a giant skoal straight in my mouth, on the cusp of one of the best sports weekends known to man, or at least me. You see, yesterday I made my quota, I have to pat myself on the back for that one. Great feeling. Equivalent to hitting a homerun–in the adult world. Due to this fact, I’ll be heading to the Cleveland Indians home opener a week from today, the day granted off work to me by my boss. But before that, we all know my plans for the weekend. Tomorrow afternoon, I’m going south to a place they call the ‘Natti. The ‘Natti been very very good to me. Monday morning, I’m off all scott-free to get up, live like a lush, and watch some baseball. But even before that, there’s a great fucking weekend on the docket:

Friday (tonight): Head to the Kickstand Pub perhaps, if I can get any of the usual suspects to attend with me. Celebrate making the quota, shoot some pool, but by all means don’t drink too much, you’ve got a big couple days ahead of you, Mr.

Saturday: Saturday is already the greatest day known to man. Sandwiched in between friday and sunday, it is the ultimate point of laziness. I’ll wake up, shake off the effects of friday night’s festivities and pack myself some weekend vittles to keep warm. Most of all, my thoughts will be on the Ohio State Buckeyes basketball team and their game against Georgetown. It’s payback time bitches. Baseball season starts sunday night, but for saturday, it’s all about getting revenge. First on Georgetown, then on those pricks from Florida (Joaquim Noah, and Billy Donovan). We’ll set sail our ship towards Cincinnati. We’ll find a watering hole to watch the game, then we’re planning on celebrating the victory at nearby Hofbrauhaus in Newport, Kentucky. Last time me and Justin went there, we forgot our names, which isn’t that abnormal for me, but Justin doesn’t do stuff like that. We’ll somehow find our way home to the palace at Legendary Run known as Uncle Frank. I like Hofbrauhaus (pictured above). The beer flows like water, no shit, and the women are big and hairy and named Olga or Gretta. Most of all I have to return home with one of those giant beersteins, cause last time my friend Chaz fucking broke mine being a dipshit.

Sunday: Well this sunday will serve as a massive one day detox/recovery day. I’ll give my liver a breather and plan on being fully hydrated again by around supper time. I might even limp my way into the back yard at Uncle Franks to play some catch with my cousin, Joe. Maybe some golf, maybe not. Sunday night, the great sports weekend continues. It’s Wrestlemania, and we’re getting it, the late version. For those of you who say it’s not a sport, well, suck my white ass! It is a sport, ok. It is real. Not only that but it’s the Superbowl of Wrestling. It’s better than watching MTV anyhow. The experts here at Diamond Hoggers will give their picks. Oh yeah, it’s opening night, as the Mets try to extract some revenge on the World Champion St. Louis Cardinals.

Monday: All that is great in sports. Opening day. Sweet Jesus, I will be like a kid on Christmas morning. I’ll wake up early, brush my teeth, and head downtown to Cincinnati to celebrate another season of Reds baseball, and just baseball in general. Find a local dive-bar with others celebrating and pretending they’re back in their youth, head to the downtown parade, and off we go to see the first pitch at 2:00. Hopefully by then we’re yelling and up to our shenanigans. After a Reds win, we’ll head for Columbus, and watch the Buckeyes play for the National Championship.

No doubt, this weekend I will reach what what Bill Walton describes as Omega Point.

This will be the greatest weekend in Sports. Leave yours in the comments whether you’ve had it or your dream weekend!