The editors of Diamond Hoggers are big fans of mafia/gangster movies. Before the season starts, Diamond Hoggers will offer a celebrity gangster’s take on the upcoming 2007 season. Today we welcome Nicky Santoro from Casino.

My kid brother Dominic was always a Dodgers fan growin’ up in Brooklyn. When the team moved to LA, Dominic wacked some fuckin’ jew prick just to get his hands on two extra box seats for season tickets. I never liked the fuckin’ Dodgers. Yeah they had that fuckin’ ginny Tom Lasorda runnin’ things but I didn’t fuckin’ give a care. I was from the Bronx so I followed the Yanks growin’ up. Talk about a cesspool of fans, you had the Jews, the Italians, the Greeks, and the fuckin’ blacks all rooting for the same team. That was the only thing we all seemed to agree upon.

I always liked the Yankees because they were a success symbol. It’s not a fuckin’ coincidence that me being one of the most powerful men in the world, rooted for the most powerful fuckin’ team there was. I really liked that wop Ruth, and even though he was half-black, I didn’t mind Reggie Jackson. Me and the boys made a fuckin’ fortune on the ’77 Series when that fuckin’ Oreo helped come back to beat da Dodgers. Dominic wasn’t happy but he was in on it, he made money so he was happy. He wanted to whack Bobby Welch and fuckin’ put a bullett in Steve Garvey’s Irish ass butt we had a sit-down and talked him out of it. Fuckin’ hothead.

Now I was invited here to give my take on the 2007 season; post-mortem. That’s right, I’m fuckin’ dead. If you’ve seen Casino then you know it’s a fuckin’ fact. It shouldn’t-a went down the way it did but the greed got to all our heads. There was more than enough money to go around but when that tramp slut Ginger Rothstein starting tugging on my cock from every direction, what was I supposed-ta-do? Whack fuckin’ Ace? I known that guy my whole life. One of us had to go, that guy was me. All fuckin’ sacrificial fuckin’ lamb and all, so to speak. 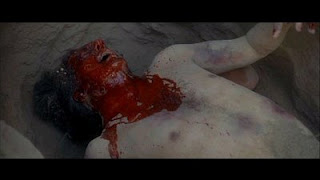 Like I said, I originally liked da Yanks but when I moved out west to oversee things here in Vegas, I moved onto bigger and better things. The world was changing. We were running everything from fuckin’ ma and pa grocery stores to having a black market on fuckin’ shoelaces. What was everyone else gonna do, you either pay our high price for the only shoelaces in town or you fuckin’ tie your shoes with straw. And don’t let us catch you wearin’ loafers you pig fuck, or we’ll bury you in the fucking desert.

That brings me to my 2007 World Series Pick. Slide over sweetheart. I’m taking the only team that plays ball in the desert. The Arizona Diamondbacks! You’re fucking right I am. I became a fan of them after moving out here to the desert. 2001 was one of the best years of my life. Things don’t change much when you’ve been hiding out here in a hole in the desert for 20 fuckin’ years, but that year was different. My new team; the Diamondbacks were playing the fuckin’ Yanks in the series. I couldn’t fuckin lose. When Luis Gonzalez lined that single into center in game 7 off that spick ass Mariano Rivera, I nearly rolled over in my fuckin’ corn field. I was the happiest man in Vegas at that moment. It’s a fuckin’ shame I had no one to celebrate it with. It really is true what they say, what goes around comes around.

So there you have it, I’m takin’ the fuckin’ Diamondbacks over the fuckin’ Yanks in the fuckin’ series this year, because they’re from one of my favorite things, the desert. There’s a lot of holes out in the desert. Now stop looking at me you fat irish prick or I’ll shove your head through that small hole.

Oh yeah, and Dominic just said from a few feet over in his unmarked grave that he’s takin’ da Dodgers. No surprise there. You’re a fuckin’ prick Dominic you know that?

Tell Remo Gaggi we both send a warm fuck you from below and we’ll be seeing him soon. Also tell my lovely wife Jennifer I love her and to make sure they bury her in her finest jewlrey and diamonds. Tell that bitch if she fuckin’ sells that shit that I worked so hard to obtain, I’ll fuckin’ slap that nose off her pretty face. Most of all, tell my son Nicholas Santoro Jr. that I miss him, and his daddy thinks of him every day. It wouldn’t surprise me if someday he was in the Major Leagues, you know a big ballplayer type. He’s got a swing like his old pops, I taught him everything he knows. His only problem is that he doesn’t understand, he tries to hit a home run every time! I tried to tell him different but he wouldn’t listen. You know I could have been a fuckin’ ballplayer, but running Vegas just offered too much. Too many sluts, too many hookers, too much coke, and especially, too much money. What more could a man want?

Now if you Jew pricks haven’t seen my movie, here’s the fuckin’ short version, with me and my usual desert talk.