Home / Uncategorized / Friends of the Blog

Friends of the Blog

One thing we love about the game of baseball is the fact that the sport allows for intimacy, contact, and connections with the athletes like no other sport ever has. Here’s a short list of some of our friends, and a short story of why we like them. : 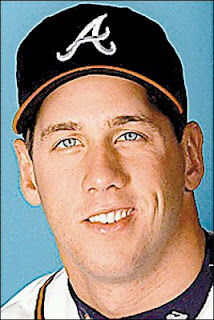 1. John Rocker– He’s just like one of us. A staunch Republican, Rocker speaks the truth and tells it like it is when it comes to politics. We’re not only Republicans like Johnny Rock, but we think we could have a pretty good time with this guy at the bar. We have never actually met Mr. Rocker, but you can put him on top of the list of people we’d like to shoot the shit with. The world needs more John Rocker’s, and pencil us in as one that can’t wait for his book. 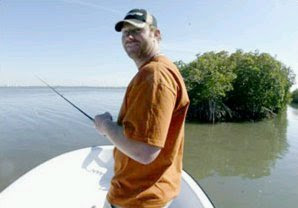 2. Adam Dunn– He likes fishing. He likes to hog. He swings for the fences on the field, and in life. He prank calls grumpy radio play by play men. We’ve met Dunner on several occasions, most memorably when he was on his first and only stiny on the DL in 2003. We asked Dunner for a dip, and after first declining, he then threw us a full tin of Copenhagen Fine Cut. If that’s not enough, he was at Hoffbrahaus in Cincinnati one time with a Hooters shirt on. The ones the waitresses wear.

3. Lou Piniella– We had a really, really hard time not putting this guy at the top of our list. Now that that both of my grandfathers have departed me, the Cubs new skipper remains as my closest semblance of a grandpa-like figure. In our one and most recent encounter with Sweet Lou, I was very intoxicated at a ball game, sitting front row with a buddy. The Devil Rays were in town playing the Reds. Several times early on, I would see Lou and call out: “Sweet Lou! Sweet Lou!”, and Grandpappy even gave me a wave and a wink. In the middle innings I continuned to be fascinated by grandpa Piniella. He gave me a “hey kid” in response to “We miss you in Cinci, Lou!”. It made me happy. By the 8th inning, with the game completely out of reach for the D-Rays, Gramps Piniella’s patience had worn thin. When returning from yanking yet another pitcher in the blowout, I called out in a drunken stupor “SWEET LOU! SWEET LOU!” He looked at me and said “SHADDUP!” and then stomped into the dugout. It was bittersweet, because he reminded me of my own grumpy grampa.

4. Sean Casey– He’s called “the Mayor” for good reason. He was my late and great grandmother’s favorite ballplayer. He is probably your granny’s favorite too. He posed for pictures with us. He signed our baseballs. He told jokes and laughed at ours. We don’t know if he’ll make it to 3000 hits to get him to Cooperstown, but if there was a Diamond Hoggers Hall of Fame, he’d get in, easy.

5. Sean Estes– He’s the nicest guy you’ve never heard of. Sure, he chicken-shitted out of throwing at Roger Clemens at Shea Stadium a few years back, but we probably would have also. No reason to stand up for Mike Piazza, what’s he ever done for our posse? We met Mr. Estes at a Starbucks, where he and Al Leiter were wearing Tiva sandals, enjoying the morning paper before a game. We told him we were big fans, and he even asked how our Collegiate careers were going. We know you didn’t really care, but it made us feel wanted. You rock, dude.

Related Items
← Previous Story Bold Predicition for 2007
Next Story → RE: Check out our site